Whenever I Breathe Out, You're Breathing In. 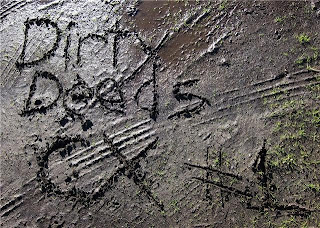 Sunday 26th June saw the first race of the Dirty Deeds Urban Cyclocross Series. Held at Harrison Street Velodrome, the course wound its way through the infield, took riders up on to the track, and eventually broke free into the surrounding areas. Organizers were up early to hammer in stakes and hang up bunting, but seemed to spend more time writing their names in the mud. 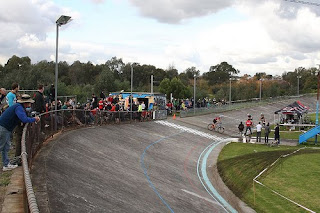 An impressive crowd turned up when they were alerted to the presence of a vegan bake sale and free coffee, but stuck around when they noticed a bike race was about to break out. A number of them brought with them noisemakers - particularly cowbells, which was rad - but fortunately no bongos. 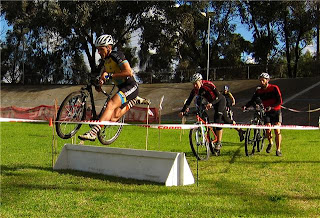 The no-restriction bike category was up first. Consisting mostly of mountain bikers, these folks did an excellent job of carving up the course for the CX category, as well as providing some excellent racing. Here's someone representing the Ukraine re-enacting his escape from his co-operatively owned potato soviet. 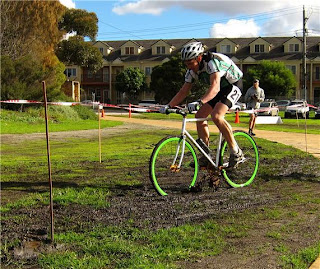 Someone on the internet had been telling everyone they were going to ride their fixie. I eventually sent the guy an email, saying that unless they had mad skillz, they shouldn't do it. When that guy turned out to be Matt Gray, I figured my fears were unfounded. 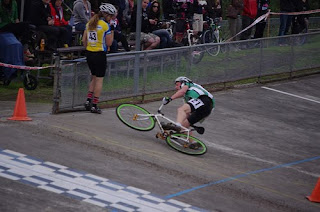 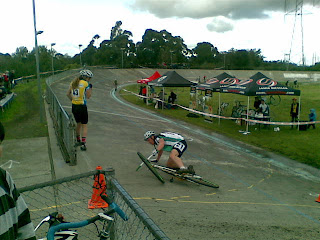 Apparently he had tried to fit knobbly tyres on his bike, but they didn't fit. So instead of riding a more appropriate bike, he simply cut some of the knobs off the tyres. It's genius like this that earns you a prize for 'inappropri-bike'. 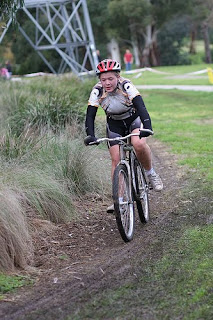 Jess Morgan represented Brunswick Cycling Club by rolling around in the Unrestricted Category. I had a bit of a roll on her bike the day before, and was mildly disturbed to find the brakes did not work at all. Afterwards she told me that it was fine, because she never had to use the brakes anyway. 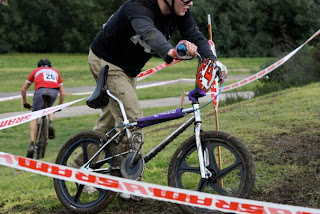 I had also spoken to Dylan during the week preceding the race. "I'm going to ride my '86 Diamondback," he told me, "It's going to be sick." I voiced my concern, telling him he'd have to ride in the Open class. "Oh, I won't just ride against the mountain bikers," he replied, "I'll smash them." This he did not do. 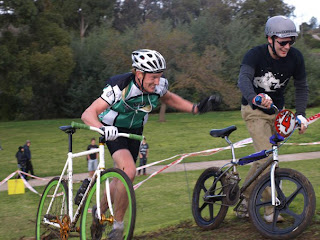 Despite receiving an occasional helping hand. Also, his seatpost did not start the day like that. It was bent in an attempt to bunnyhop one of the barriers. If his seatpost was bent, I'm not sure what happened to his... you know... bits... 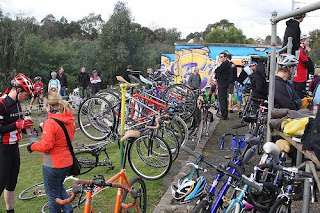 After the Unrestricted Category, folks milled around waiting for the main event to begin.

Pavlis' hill seemed to be a favourite vantage point. The irony of naming a particularly boozy section of the crowd after a straight edger was not lost on anyone. From there you could see the course inside the track 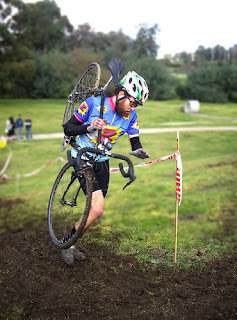 And the run up outside of it. You could also occasionally spray your friends with beer, as the Gif files below prove. 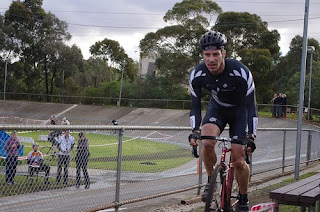 The world's coolest corporate lawyer was out in force, representing both his profession and his nation. There were a number of skinsuits on display, which was both disturbing and kinda cool. 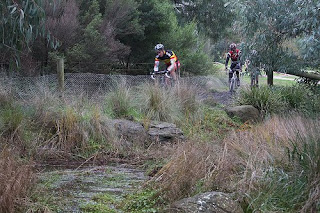 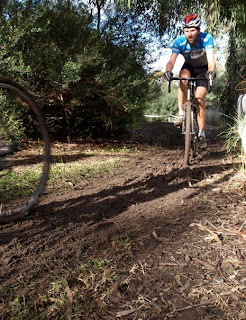 I'd never been around this part of the track before, and was surprised to find it was a swamp. I'm sure a number of cyclists felt the same way. Sam McGregor, pictured above, suggested that this race was the hardest he'd ever done. Perhaps next time he won't do it on his touring bike. 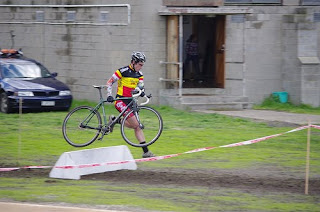 The eventual winner of the CX category, Nic "Spiro" Edwards, prancing over the carpark barrier like a freaking gazelle. He turned up wearing those tattoo-sleeve armwarmers, until I offered five dollars to anyone who could remove them from him. Perhaps in the interest of not being pulled off his bike by a ravenous crowd, he removed them himself. I still haven't paid him. 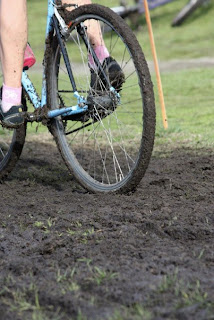 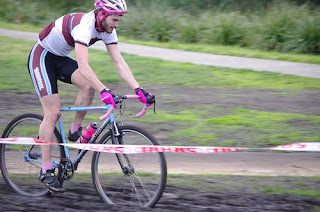 Campbell Townsend called me up on Saturday night. "I've just done a six-hour in Albury. How long is the race tomorrow going to be?" When informed it was only 40 minutes plus one lap, he seemed quite relieved. 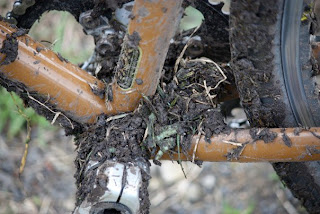 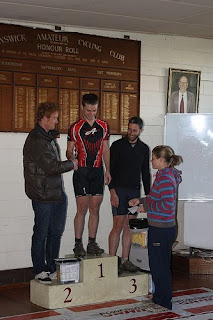 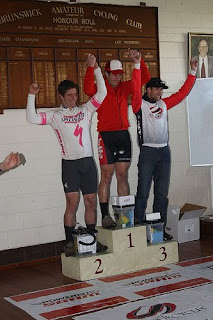 While his position on the podium made me better understand Leigh's keeness to sponsor this event, I was still impressed at his efforts, given he had broken his collarbone on the Hell Ride a mere 8 weeks previous. Apparently he was due to see the surgeon the day after, to assess whether or not he was fit to start riding again. 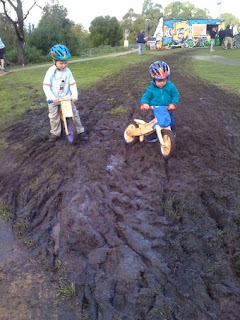 The next generation of CX riders. 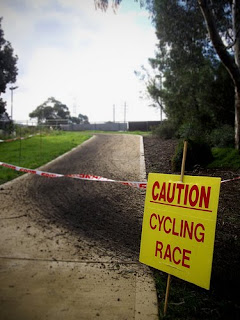 Thanks again to the sponsors (click on the links to the right!), the organizers, the helpers, the spectators, the noisemakers, the prizepresenters, the foodeaters, the coffeedrinkers, the beersprayers, the racers and the club.

I forgot to write that none of the photos are used with permission, but were taken by the following folks: