Here's something for your mid morning coffee break. Some nicely put together footage from the recent Dirty Deeds CX x Rapha Supercross race, featuring many local cross characters and a koala with an STI.

We Will Become Silhouettes

UPDATE: Results can be found here


Lewis Rattray showed why he is Victoria’s best cyclo-cross rider with an outstanding comeback in the inaugural state championships at Bundoora Park on Sunday. Rattray clawed his way back to the lead after an early chain slip to take out the extremely fast Men’s Elite race by a handful of seconds. Allan Iacoune finished second.

In the Women’s Elite race, Mel Anset led from start to finish in a dominant display. But it was far from easy. “It was very hard out there. I was suffering the whole time,” said Anset. “I don’t ride in a bunch much so I like to be by myself.”

But it was Rattray who claimed ride of the day. After the mechanical incident on Lap 6 that dropped him back to fifth, a determined Rattray began to whittle away the lead of Iacoune and Adrian Jackson. Taking a few seconds each lap, Rattray’s faster riding pressured the frontrunners to take more risks, causing Jackson to misjudge a barrier and fall out of title contention. Eventually the hard work paid off for Rattray and he rejoined Iacoune at the front with seven laps remaining. There he continued his higher pace before his final lap surge broke Iacuone. “It was an amazing job to get across to us after his accident and he slipped his chain,” said Iacoune. “I was hoping to get him on the last lap and gap him around the back of the course but unfortunately he gapped me.” “I thought Allan would probably roll me in a sprint so I thought I’d go for it a bit earlier,” Rattray said. “I got over the barriers and into my pedals quickly and I was in front so I just attacked and put my head down.”

Earlier, the Masters division was won by Alpine Cycling Club’s Mat Gray.
Gareth Heitmann (Carnegie Caulfield CC), who survived multiple punctures including one on the final lap, threw his bike over his shoulder and ran the final metres to take out the B Grade Men's category while Emma Best (MTBA) won the Women's B Grade event.

In the first race of the day, the Under 15 Victorian cyclo-cross title was won by fourteen year old Liam Jefferies (MTBA). Liam's ride was arguably the second most impressive of the day, managing to comprehensively defeat Penrith's Jack Edwards across the line. This is particularly impressive for two reasons - Edwards won the Under 17 title, and he is also the current Under 17 Australian Champion in a number of road and track events (Pursuit, Scratch Race & Criterium).

A special mention must also be made to Mark Drehlich, Cycling Victoria’s Development Manager, who completed the Open Men’s race on his trusty old mountain bike.
------------

While we wait for CV to finish bundling up the tape and sorting out the podiums for the many and varied Masters categories, we'd like to throw out a huge thanks to Kipp at CV for putting in the hard yards and making the first Victorian State Cyclocross Championships a hard fought and well run event.

Congratulations go to Mel Anset and Lewis Rattray, our first State Champions, who earned their titles with panache.

Tag any instagram photos you took or see with #viccx and they'll appear in the slideshow below. Stay tuned for some sort of race report and full results.

If you have a link to a photo album, send it in and we'll list them here.

We know you're a bunch of cheapskates, but consider spending some of your coffee money on photos from these great people who spend hours on course and yet more behind a computer so that you can show your PRO style off to others. They gotta eat too!
Andy Rogers / Fame & Spear
Brian Mangano / BMP Photography
Kathryn Feldmaier
Jo Upton
Andrew Briscoe

Further to the info below about the CV State Championships...

If anyone is keen to help out they should arrive at the venue at 10 to help set up.

As always these events rely in part on the assistance of volunteers to happen.

The sooner the course is set-up, the sooner we can get our pre-rides in!

In other news... how good was the cross vegas racing yesterday? It looks like North America is going to have a hard fought season this year... especially if you can't hop barriers.

Today is your last chance to register for a crack at the first ever Victorian State Cyclocross Championships. There might be rego on the day for non championship events (jnrs, open, B etc), but why take the chance on missing out? Register here.


Not that keen? Get pumped up for Sunday by following the LIVE WEBCAST FEED of the traditional US season opener, CrossVegas, this afternoon, while your boss thinks you're working hard.

You've heard the rumblings coming from DDCXHQ, the rumours are true, hallowe'en SPOOKYCX is go! 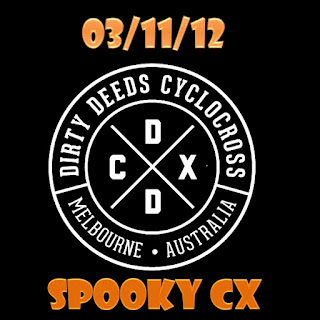 (Apologies to Sime for sullying his art)﻿

If you have a DDCX Season Pass, hang on to it, as Cycling Victoria, bless their cotton socks, have extended the validity of it to include SPOOKYCX, so you won't need to buy another licence. If you have a CA/MTBA/BMXA/Kidz licence, then you're also fine. If you don't have a licence, we might be able to hook you up with a 3 ride permit, but email us early so you don't miss out.

We'll release more info on the schedule, race types etc soon (i.e. once we finish with the State Championships and National CX Series and work it out ourselves), but if you like fun and bikes, then you should come on down whether you're riding or not.

This race day will also include the first BCCDDCXSSCXWC race. And you wouldn't want to miss that now, would you?
Posted by Andrew at 18:32 No comments:

While down at this end of the earth are heading into the final stages of the season, on the other side of the globe they are frantically gluing tubulars, justifying gear upgrades and shaking the dust off forgotten barrier-hopping skills.

Although the 'real show' hasn't actually started, racers everywhere are getting ready and the hype is building.

If you want to stay up on who is looking good and why, I can't recommend the work of Erik @ pavepavepave enough. Good, clear reasoned analysis of both the US and Euro racing, done weekly.

If you like a bit of energy, CyclingDirt's (in)famous "Who's #1?" weekly video will mix visuals, hilarity and good information. CyclingDirt do an amazing job of covering a lot of US (and often Euro) races and their pre- and post-race interviews really reveal the character (and characters) of the sport.

Cross Vegas is next week and word on the web is that there will be a livestream again this year. Last year was a great Men's race so I'm hoping to check in and catch it again. 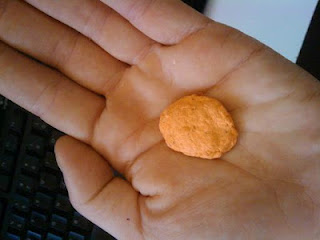 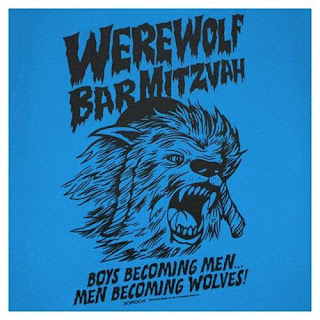 A Cheery Wave From Stranded Youngsters

After a little wrestling with various spreadsheet products and googledocs DDCX HQ are proud to present the results for Round 2. If you head over to the Results page you can find out who you snuck in front of on your last lap, or who you didn't realise was actually in front of you the whole time.

In other far more exciting news, entries are now open for the Victorian State Cyclocross Championships. You can find the details here, but as DDCX are mildly entangled in the event I would like to help answer a few questions I've been asked.

This is only a State Championship race for Kids, Masters and Elites. There is another TWO races for everyone else who loves cross, but doesn't feel like rubbing elbows with the likes of Rattray, Jackson and co. These are 'Any Bike' and 'B grade', just like those offered by DDCX... there's no title on offer for these grades so sandbaggers are a lot less likely.

Yes, you can use your DDCX permit for the latter two races so don't throw it out. The trick is to use the manual form to enter (the same goes for MTBA and BMXA licence holders as the CV system doesn't yet know your friendly folks). Knowing how enthusiastic the organiser is for this I'm prepared to say that this will be a good course and the elite race will be very hotly contested (which means great watching).

I'm personally excited to see DDCX's favourite podium girl Emily Hughes smile her way to a Junior championship, but she will have to battle her new rival Emily Jackson who has obviously been using the fresh country air and wide open spaces of Bairnsdale to her advantage recently.

Races will be started in waves, both for categories (B grade vs Masters) and for gender (Mens vs Women). An example is that Masters will be racing at the same time as B grade, but one will start a minute or so before the other.

So don't be afraid of the name and come out and have a go at the newest course Victorian cyclocross has to offer!