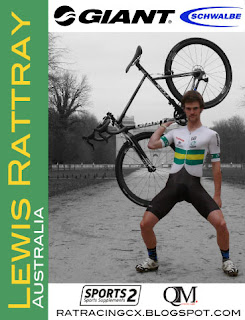 Darling, Leave a Light On For Me

While the weather heres is easily above thirty degrees, and the local trails slowly recover from a holiday onslaught worse than taking thirds for dessert there have been a raft of interesting posts out there in the cyclocross world. Lewis has had a couple of races over with the big kids, and is making progress and getting new sponsors. 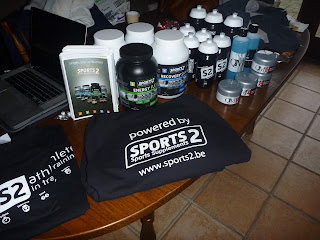 Meanwhile CX blogger and junkie MudAndCowbells has posted some great content. First is a great short film about 'Cross on the Colorado Front Range (featuring Boulder "Where they take cyclocross seriously")

The next is his annual 'Best Of' list which features some solid advice and musings on his race and riding world as it intersects with products and experiences. My only thought is just how many pairs of the hi-vis yellow mavic furys will we see at the start line this year?
Posted by nikcee at 20:50 No comments: