The next DDCX skills session will held at Darebin Parklands on Saturday, May 26. Meet at the rangers shed at 10am for a two hour session covering a range of skills.


Everyone is welcome from beginner riders wanting to learn how to shoulder a bike to experienced riders wishing to improve their technique for the upcoming season. Kids are especially encouraged to come out for a practice on the grass.

The DDCX team will be there to run drills and provide advice on all things cyclocross. Lewis Rattray will also be on hand for expert advice and stories from abroad.

So if you haven't had a chance to dust off the cx bike yet this will be the motivation you have been searching for.

Words of advice from Nik and Lewis 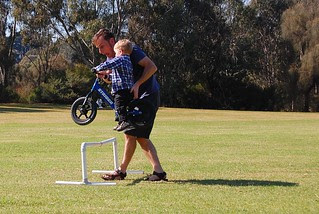 Angry  and Max showing off the advanced barrier lifting technique

For more info you can contact me at katelansell at gmail dot com.
Posted by Kate at 02:44 2 comments: 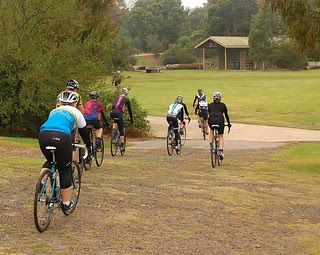 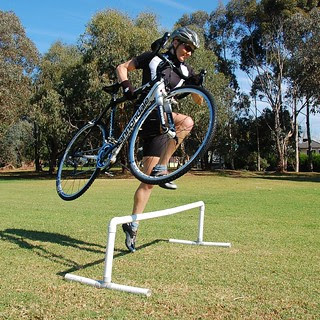 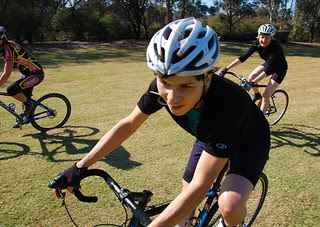 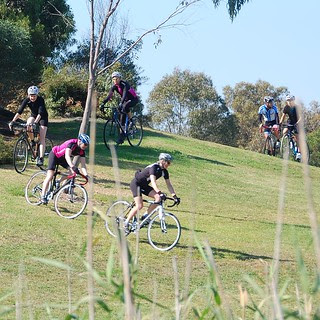 No Grave But The Sea

Sorry for the quietness around here, but don't be fooled into thinking that we have been enjoying the late summer sunshine and taking it easy...

There is to be a fair few announcements coming in the next few weeks, and first up we have confirmation that the fine folks from Beatbox Kitchen will be providing their popular burgers and frites for the starving masses again.

We haven't failed to sell them out each round and this year I can't see that changing!

Next up is a little collaboration between the boys at Creux Cycling and DDCX.

Look for this design to appear on t-shirts that will be available at each race as well as in the Creux online store in time for the prologue.

Building on this we have made a few tweaks to the blog's layout to take advantage of the great design work Sime has done for us.

You might also notice some sponsor changes around the blog. More on those as we are able to release the details...
Posted by nikcee at 20:20 1 comment:

The times they are a changin'

So it seems the first skills session clashes with the first Melbourne Gravel Grinder of 2012. It would be a shame to deny folks of the opportunity to participate in both so the skills session will now be held on Saturday the 21st of April, 10am at Darebin Parklands (meet at the ranger shed).